Trump Chides Harley-Davidson For Plan To Move Some Production Overseas 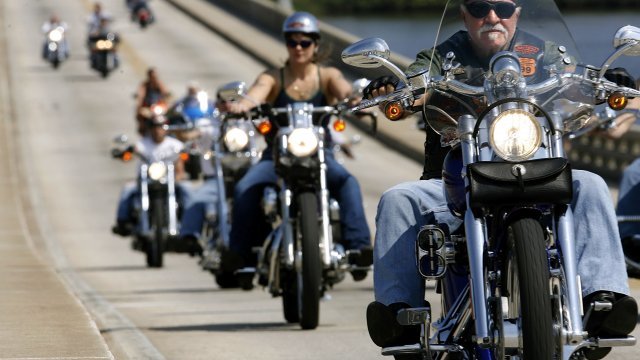 SMS
Trump Chides Harley-Davidson For Plan To Move Some Production Overseas
By Gabrielle Ware
By Gabrielle Ware
August 12, 2018
The company announced it would move some production overseas due to retaliatory EU tariffs targeting its bikes.
SHOW TRANSCRIPT

Some Harley-Davidson customers say they'll boycott the company if it moves production overseas.

The company announced in June it would move some production out of the U.S.

It was a response to retaliatory tariffs by the European Union following President Donald Trump's decision to impose steel and aluminum tariffs on the EU and other countries.

Harley-Davidson says those tariffs could cost it $90 million to $100 million annually.