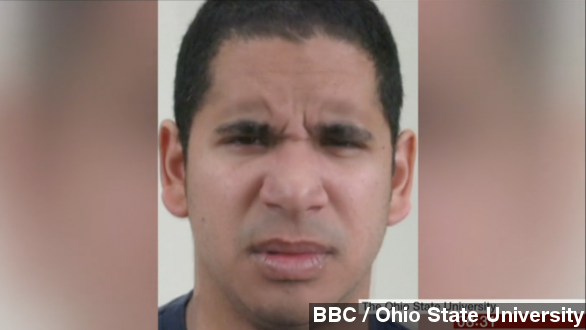 Well, Pharrell, turns out we can be more than just "Happy." A new study suggests humans have many facial expressions that can convey distinct emotions such as "happily surprised" or "fearfully angry."

"Happy and sad might be the obvious ones, but scientists say they've mapped 21 emotional states using new computer software." (Via BBC)

Back in February, another study claimed humans only have between four and six facial expressions, depending on whether researchers combine fear and surprise or anger and disgust. (Via GeoBeats)

But the study released Monday identified more complicated combinations of emotions, like "angrily surprised" or, weirdly, "happily disgusted." (Via Proceedings of the National Academy of Sciences)

In a statement obtained by LiveScience, one of the study authors described the six-emotion model as "painting a portrait with only primary colors."

To observe emotions, the authors told 230 college students a series of statements, such as "You just got some great unexpected news," or "You smell a bad odor." (Via The Independent)

Next, the researchers used the Facial Action Coding System, which Time reports was developed in 1978, to codify the 5,000 images of facial expressions and identify those strange combinations.

But hold on a second. Even if we do have 21 expressions, that still means the vast majority of emojis we can send in text messages... are lies!

Cheer up, all might not be lost for your texting game. Some critics say even this study is too simplistic.

Among them: Dean Burnett, a neuroscientist who writes for The Guardian. He says, "This reductionist view of human behaviour may make things easier to grasp, but it does a disservice to the true complexity of people."

Still, the findings could be used in the future to help implement facial-expression recognition software in, say, witnesses testifying in trials or people going through airport security. Or, of course, in making more emojis.