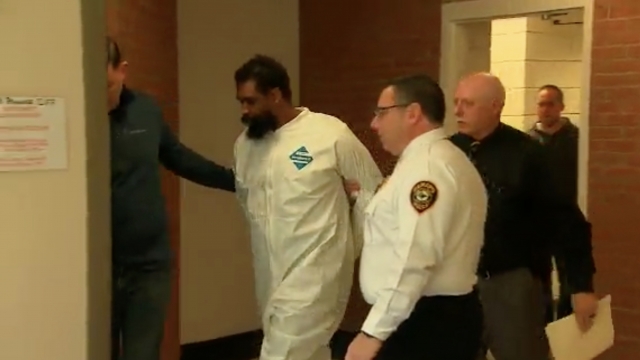 According to reports, investigators think he may have also stabbed a man in November as he walked to morning prayers.

A statement from his family says he has a “long history of mental illness and hospitalizations.”

“These are people who intend to create mass harm, mass violence, generate fear based on race, color, creed," Cuomo said. "That is the definition of terrorism. And just because they don’t come from another country doesn’t mean that they’re not terrorists. And they should be prosecuted as domestic terrorists, because that’s what they are.”

Surveillance video shows the attacker fleeing the scene after people inside fought back hitting him with at least one piece of furniture. A witness ran after him and provided his license plate number to police. Two NYPD officers tracked him down an hour later in Harlem – noting he smelled of bleach and was covered in blood.

All five of the people stabbed are expected to survive. The suspect has been charged with five counts of attempted murder and one count of first degree burglary, plus five counts of a hate crime: obstructing the free exercise of religious beliefs by attempting to kill.