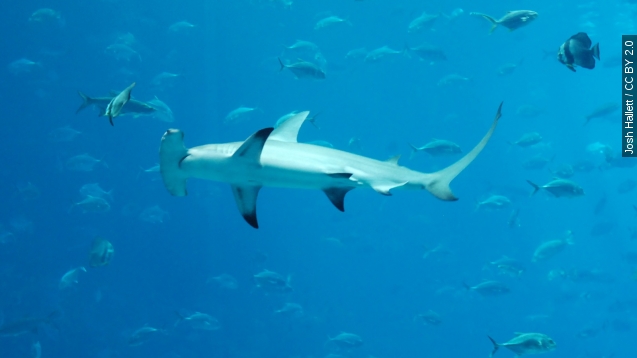 A hammerhead shark has reportedly bitten a man off the coast of Malibu, California.

29-year-old Dylan Marks was in good enough spirits to wave at KABC's helicopter after the shark attacked him while he was fishing with his friends. (Video via KABC)

"So we were fishing and then all these hammerheads circled us," one friend told KTTV.

"And then one of them came up and bit his foot," another friend added.

According to his Instagram profile, Marks is a "catch and release shark fisherman," and his profile picture appears to show him with a shark on a kayak.

Despite the attack, the Los Angeles Times reports the rate of shark attacks in California has plunged, and shark numbers world wide have been decimated by commercial fishing. (Video via Discovery)

In fact, there are three species of hammerhead shark that match the description of Marks' attacker, and all three are listed as endangered. (Video via National Geographic)