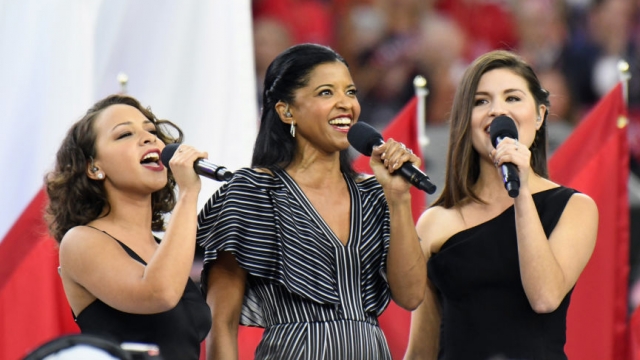 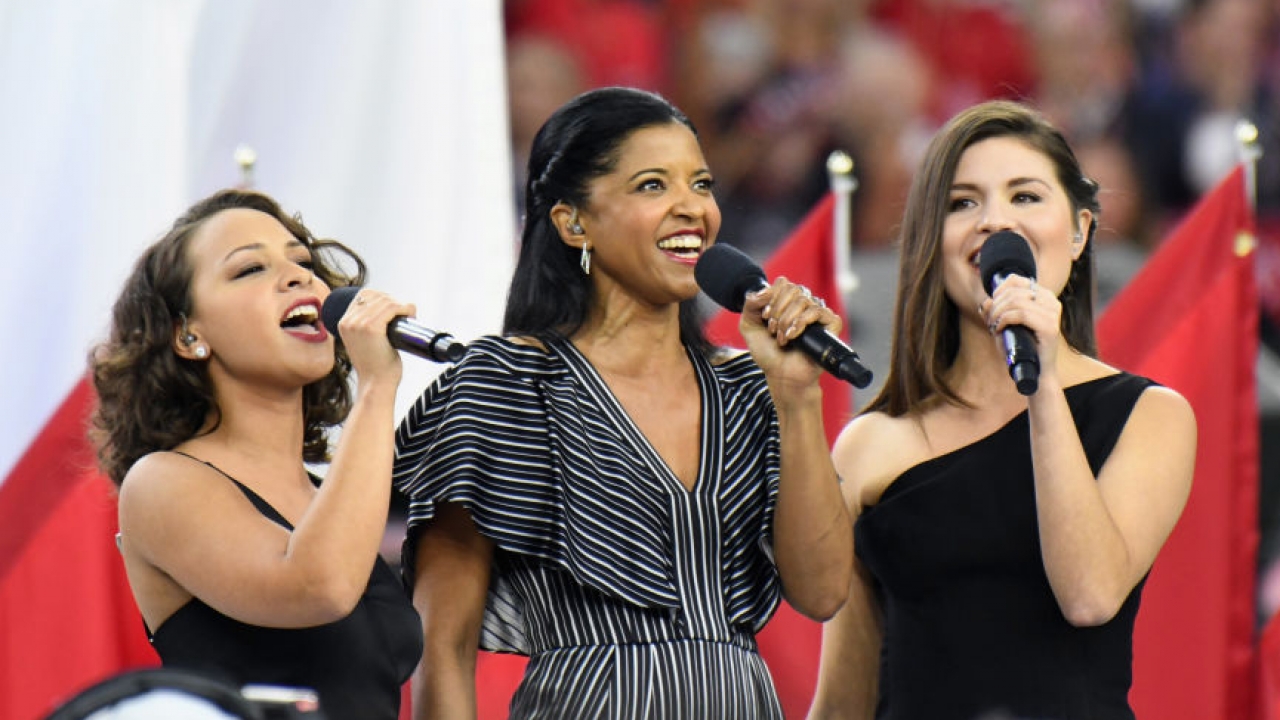 By Tyler Fine
By Tyler Fine
February 5, 2017
The trio added a little something extra to their rendition of "America the Beautiful."
SHOW TRANSCRIPT

The original Schuyler sisters from "Hamilton" brought a little extra sisterhood to Super Bowl LI during their pregame performance.

Phillipa Soo, Jasmine Cephas Jones and Renée Elise Goldsberry sang a rendition of "America the Beautiful" before the big game. But they decided to make one small addition to the lyrics.

.@HamiltonMusical's Schuyler Sisters knock it out of the park before the #SuperBowl pic.twitter.com/PaIDezZRQk

The trio included "sisterhood" into the iconic song's lyrics, singing: "And crown thy good with brotherhood — and sisterhood — from sea to shining sea."

And, of course, the internet loved it.

MAJOR shoutout to Phillipa, Renée Elise and Jasmine for including "sisterhood" in their performance of "America the Beautiful." #SuperBowl

That was dope. They added "sisterhood" to America the Beautiful. #SuperBowl

One of the trio's most famous "Hamilton" co-stars was also a big fan of the addition.