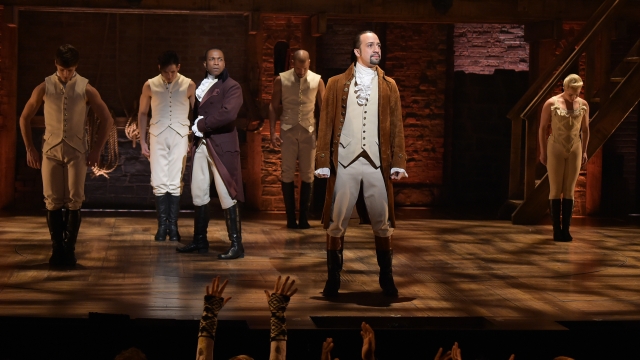 The musical's diversity has been widely praised, but a casting call for "nonwhite" performers is being called into question.

The producers of "Hamilton" are currently getting a crash course in "mo' money, mo' problems" after a casting call asked for nonwhite performers. Specifically, the poster said the production was "seeking nonwhite men and women, ages 20s to 30s, for Broadway and upcoming tours."

If you've seen the show or — like most of us — have only been able to catch glimpses of it online, you know the request sort of fits the show's history. It prides itself on its extremely diverse cast, taking on the story of one of our Founding Fathers.

"This is the story of America, told by America now. It looks like America now," the creator and star of the phenomenon, Lin-Manuel Miranda, told CBS.

But that hasn't stopped some from questioning the legality of the call sheet. A New York lawyer thinks the ad violates the city's Human Rights Law, which makes it illegal for employers to discriminate against the race of any person, even if it's just perceived.

"As an artistic question — sure, he can cast whomever he wants to cast, but he has to give every actor eligible for the role an opportunity to try," Randolph McLaughlin, a civil rights attorney, told WCBS.

Saying this situation caused an "outrage" might be pushing it a bit; New York's Commission on Human Rights says it hasn't received any claims about the casting call. But a stage performer's union did say the post isn't consistent with its policies.

The show's lead producer said in a statement: "'Hamilton' depicts the birth of our nation in a singular way. We will continue to cast the show with the same multicultural diversity that we have employed thus far."

But they are listening to the controversy: A spokesperson says they will be changing the language to make it clear all ethnicities are welcome to audition.

This video includes images from Getty Images and clips from PBS, Radical Media, Broadway.com and "Hamilton: An American Musical."