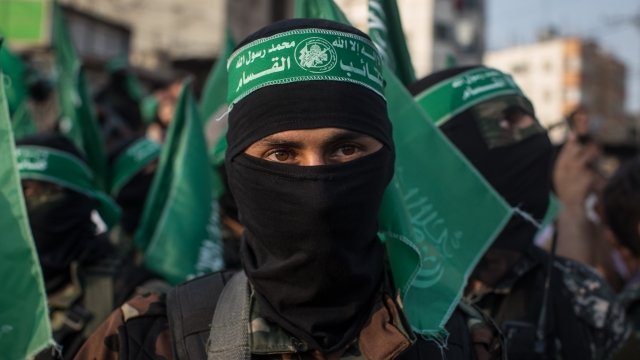 Hamas says it's ready to dissolve its government in the Gaza Strip for unity rule with the Fatah-led Palestinian Authority in the West Bank.

Two rival Palestinian factions are now taking steps to govern together after a decade of opposition.

Hamas said in a statement it plans to dissolve its administration in the Gaza Strip. Currently, the Gaza Strip is run by Hamas, while the West Bank is governed by the Palestinian Authority controlled by the Fatah party.

Hamas — which the U.S. designates as a terrorist organization — is a militant and political Palestinian Islamist group that has controlled the Gaza Strip since 2007.

Previous attempts to share power between Fatah and Hamas have failed. But this time around could be different for a few reasons.

Many of the roughly 2 million people living in Gaza struggle to get clean water and find employment. On top of that, Israel and Egypt have imposed a blockade around the area since Hamas took control there a decade ago.

Some have compared the AfD to the Nazi party, and its members' rhetoric hasn't done much to quell the accusations.

Egypt is playing a major role in the Hamas-Fatah negotiations. The talks have been indirect; the Egyptian General Intelligence Directorate reportedly held separate meetings with the two groups in Cairo.

And this could be a good time for Hamas to further legitimize itself.

The group recently moderated its policy principles and elected a new leader. That man — Ismail Haniya — could go on to challenge Abbas for his leadership role with the Palestinian Authority. Abbas, who's in his 80s and has been president for 12 years, is considered unpopular among many Palestinians.