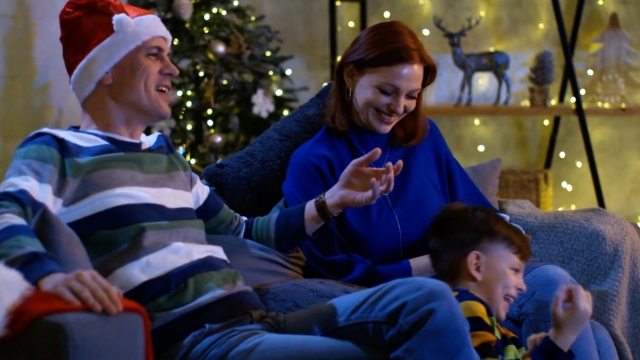 "This is the tenth anniversary of the Countdown to Christmas."

"The story is, of course, very much about the spirit of Christmas."

"Christmas is in tangible force."

Corny Christmas movies are the hallmark of Hallmark — and this year, for the tenth anniversary of the "Countdown to Christmas" series, the company released 40 of them.

"And if you're thinking 'how will I ever keep track of all of it?' Well, don't worry! Because we have the Hallmark Movie Checklist App to help you keep everything organized this holiday season."

You might be thinking: "Are people actually watching these movies?"

And the answer is yes, lots of people — specifically, families and women aged 18-49 — are actually watching these movies.

"Hallmark — certainly in the U.S. market and in Canada, as well I'm sure — they have a recognized brand and a recognized name. And today that's become really important."

Hallmark's brand recognition is especially important in the era of streaming. The company told Newsy that its subscription service "Hallmark Movies Now" currently has over 900,000 subscribers — that's 400,000 more subscribers than last year. The service was started in 2017, and it costs between five and six dollars a month.

Brett Sappington, senior research director and principal analyst at Parks Associates, said that "strong growth over the period of one year" was likely helped by viewers looking for family-friendly programming.

"So, they're looking at things that have family values that have kind of the feel good factor. Not all content does that. So if you look at Netflix originals, many of their originals, some of them are edgy. Some of them are sci-fi or fantasy or mystery or like 'Stranger Things' a little bit scary for families. So I think that this fits an interesting niche in the market."

Amid Hallmark's success in the market for family-friendly programming, the company still faces criticism for its lack of racial diversity, shallow portrayals of Judaism and Hanukkah and most recently, its decision to take down a Zola commercial featuring a lesbian couple.

As other streaming platforms like Netflix release their own — arguably more inclusive — lineups of original holiday films, Hallmark could find itself at a disadvantage.