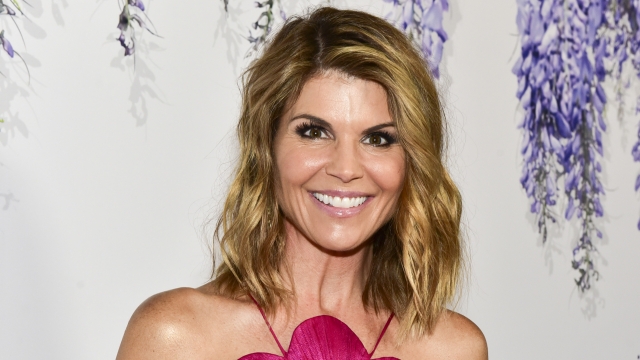 Hallmark has cut ties with Lori Loughlin amid the ongoing college bribery scandal.

Hallmark's parent company, Crown Media Holdings, said in a statement on Thursday, "We are no longer working with Lori Loughlin and have stopped development of all productions that air on the Crown Media Family Network channels involving Lori Loughlin."

She's starred in multiple Hallmark Christmas Movies and the show "When Calls the Heart." The television company said it's pulling the latest episode of the show. It was set to air on Sunday.

Loughlin and her husband, fashion designer Mossimo Giannulli, are among dozens charged with conspiracy for their alleged participation in a nationwide college entrance bribery scheme. U.S. attorneys say Loughlin and Giannulli agreed to pay $500,000 to get their daughters fraudulently recruited as athletes by the University of Southern California.

Brands have also started cutting ties with Loughlin's daughter Olivia Jade Giannulli, a well-known beauty and lifestyle personality. It's unclear if she was aware of the bribery scheme. Sephora, TRESemmé and technology company HP have ended their partnerships with her.