Half Of Earth's Trees Are Gone And Humans Are To Blame 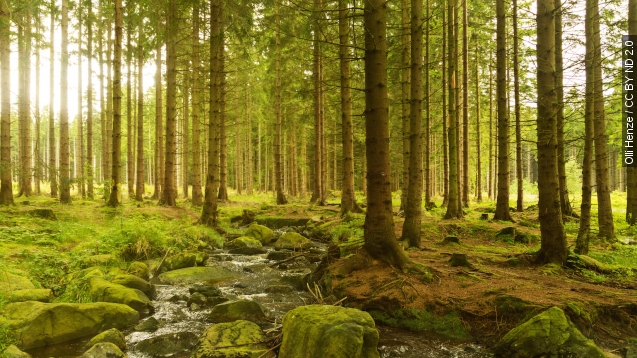 SMS
Half Of Earth's Trees Are Gone And Humans Are To Blame
By Mikah Sargent
By Mikah Sargent
September 2, 2015
Good news: There are way more trees on our planet than we thought. Bad news: Humans have eradicated half of Earth's trees.
SHOW TRANSCRIPT

We'll start with the good news. According to the study, published in Nature, there are approximately 3.04 trillion trees on the planet — that's 3 trillion, 40 billion. (Video via AKAMAT / CC BY 3.0)

And that's good news, because as it turns out, we had vastly underestimated the number of trees on our planet. Using satellite data, scientists previously estimated there were only about 400 billion trees on the planet.

But with the good news comes the bad. Researchers estimate humans are responsible for the loss of about 15.3 billion trees each year; that's nearly two-and-a-half times the number of people on the planet. (Video via Union of Concerned Scientists)

They also estimate, since the beginning of human civilization, we're responsible for the loss of more than 45 percent of the planet's trees.

In other words, humans have eradicated almost half the world's trees. Which, as you might imagine, isn't too great.

In a U.S. Forest Service video Jennifer Karps explains, "Trees provide us with oxygen, trees cool our environment and help to deflect the urban heat island effect ... They also sequester carbon and they also purify the air by capturing air pollutants."

The study's lead researcher told The Guardian, "I didn’t expect human activity to come out as the strongest control on tree density ... It really highlights how big an impact humans are having on the Earth at a global scale."

Researchers say the study has prompted changes to tree-planting groups like the Billion Trees Campaign. And no, the campaign isn't deciding to shelve the project since there are so many more trees than we originally thought. Instead, "such projects [are] now looking to plant a trillion trees rather than a billion." (Video via The Nature Conservancy)