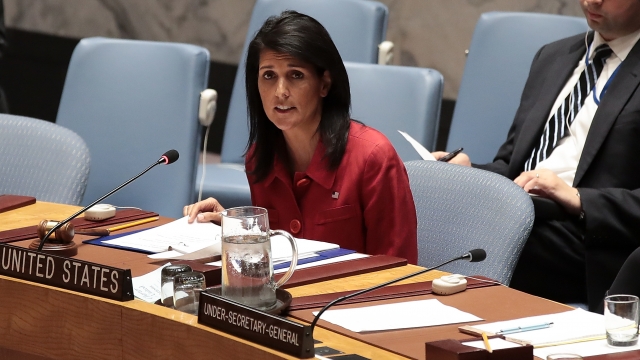 U.S. Ambassador to the U.N. Nikki Haley not only defended U.S. missile strikes on a Syrian air base Thursday, but she also said the U.S. might not be done.

"We are prepared to do more, but we hope that will not be necessary," Haley said.

Haley made the comments Friday during an emergency meeting of the U.N. Security Council. The meeting was called less than 24 hours after President Donald Trump ordered the launch of 59 Tomahawk missiles following a chemical attack on Syrian civilians.

"Our military destroyed the airfield from which this week's chemical strike took place. We were fully justified in doing so. The moral stain of the Assad regime could no longer go unanswered," Haley said.

But as expected, Russia — which has backed Syrian President Bashar al-Assad's regime — didn't agree. And the meeting got tense.

"Today's appeal to move forward the political process — they are hypocritical," Russia's Deputy Ambassador to the U.N. Vladimir Safronkov said. "Over recent days, there have been clear progress. Now what aims guided you when you undermined this progress and the progress that was achieved was not thanks to you at all." 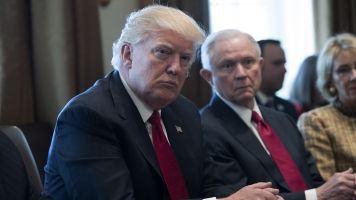 What Gives President Trump The Power To Strike A Syrian Air Base?

Syria's representative said the Syrian army doesn't have chemical weapons and "would never use such weapons."

Syria's deputy ambassador Mounzer Mounzer said: "The United States of America leads a purported alliance against ISIL. ... Its real objective is to weaken the Syrian Arab Army and its allies when confronting terrorist groups."

CNN reported Friday that the U.S. is investigating whether the Russians tried to help cover up evidence of Tuesday's chemical attack.