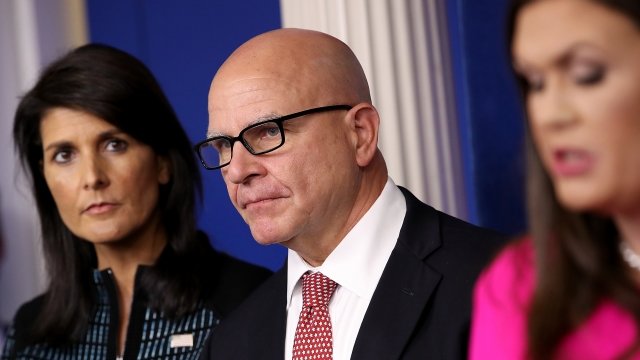 SMS
North Korea Is Pushing Its Limits With The Trump Administration
By Lindsey Pulse
By Lindsey Pulse
September 16, 2017
U.S. officials said a military option with North Korea might be necessary but that it's not what they would prefer to do.
SHOW TRANSCRIPT

The Trump administration appears to be reaching its limit with North Korea.

"We've been kicking the can down the road, and we're out of road," national security adviser H.R. McMaster said at a press briefing.

McMaster and U.S. Ambassador to the United Nations Nikki Haley warned Friday during a press briefing that a military option might be necessary if recent sanctions don't deter North Korea from conducting more missile and nuclear tests.

"There is a military option. Now, it's not what we would prefer to do," McMaster said.

On Thursday, North Korea launched a missile over Japan for the second time in less than a month.

McMaster emphasized that it's the responsibility of all nations to enforce U.N. sanctions on North Korea and address the problem. 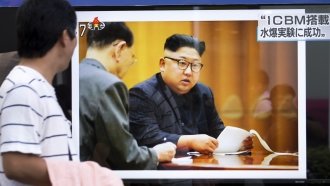 North Korea Threatens To Turn The US Into 'Ashes And Darkness'

The new restrictions include a ban on the country's textile exports and caps on imports of refined petroleum products and crude oil.

"What we are seeing is they continue to be provocative, they continue to be reckless. And at that point, there's not a whole lot the Security Council is going to be able to do," Haley said. "I have no problem kicking it to Gen. [Jim] Mattis, because I think he has plenty of options."