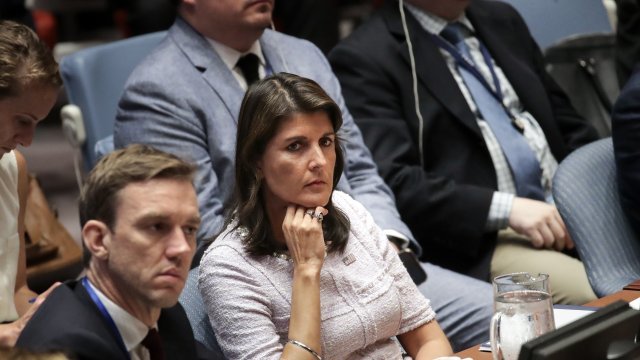 By Jake Godin
October 9, 2018
During her time as the US ambassador to the UN, Nikki Haley oversaw the United States' gradual withdrawal from the world stage.
SHOW TRANSCRIPT

As President Trump's Ambassador to the United Nations, Nikki Haley has been the face of some of Trump's most unpopular decisions on the global stage.

Probably the most notable of these was recognizing Jerusalem as Israel's capital and moving the U.S. embassy there, a move which alienated the Palestinian faction at the UN.

Haley's handling of the Gaza border protests also proved controversial, after the U.S. tried to insulate Israel from being blamed for the deaths. 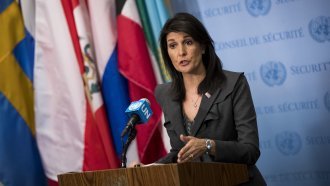 All of this has pretty much been in lockstep with the administration — a position Haley made clear she'd have when she made her first speech to the United Nations as ambassador.

Despite this steadfastness with Trump's administration, there were still some moments where to two didn't quite connect — specifically when it came to pushing back against Russia.

A good example of that was in April, when Haley announced new sanctions AZaagainst Russia were incoming. Not long after, the White House contradicted Haley, saying they were only under consideration.