Nikki Haley: No Decision Made Yet On Syria 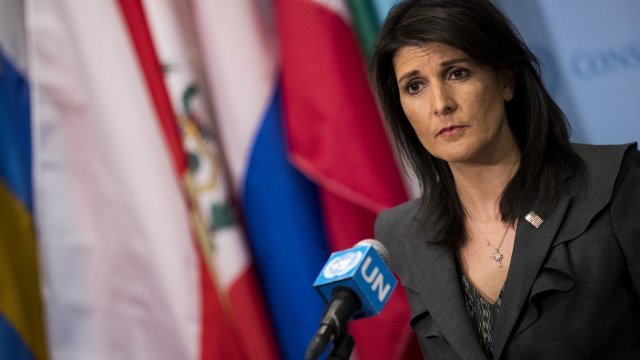 Nikki Haley says the U.S. is being thorough as it weighs a response to the suspected chemical attack in Syria.

U.S. Ambassador to the U.N. Nikki Haley insisted chemical weapons were used in the suspected attack in Syria. But on Friday, she added the U.S. has not decided on a possible response.

This week, President Trump promised a "major announcement" on Syria in 48 hours. That was four days ago. But Haley defended the decision-making process, saying the president is being thorough.

"Russia can complain all it wants about fake news, but no one is buying its lies and its cover ups," she said. Haley also said Russia was supposed to guarantee that Assad wouldn't use chemical weapons, and Russia did just the opposite.

Russia's foreign minister claimed the suspected attack was staged by a country with an anti-Russia agenda. Russia's ambassador to the U.N. said on Friday a military response in Syria wouldn't be tolerated.