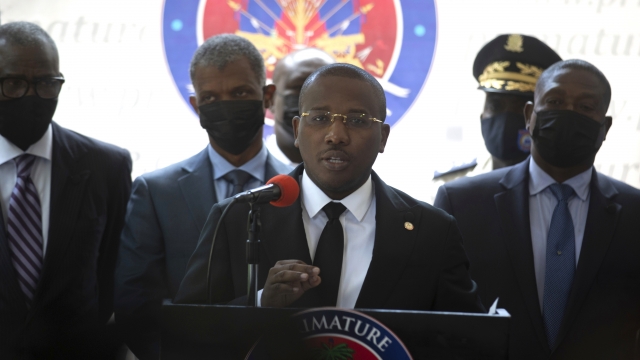 Haiti’s designated Prime Minister Ariel Henry will replace the country’s interim prime minister to honor the wishes of the country’s slain president, an official told The Associated Press on Monday.

It wasn’t immediately clear how quickly interim Prime Minister Claude Joseph, who has been leading Haiti with the backing of police and the military since the July 7 assassination of President Jovenel Moïse, would step down.

“Negotiations are still in course,” Haiti Elections Minister Mathias Pierre said, adding that Joseph would go back to being minister of foreign affairs.

Joseph could not be immediately reached for comment, and Henry did not return a message for comment.

The change follows a statement Saturday from a key group of international diplomats that appeared to snub Joseph as it called for the creation of "a consensual and inclusive government.”

“To this end, it strongly encourages the designated Prime Minister Ariel Henry to continue the mission entrusted to him to form such a government,” the statement from the Core Group said.

The Core Group is composed of ambassadors from Germany, Brazil, Canada, Spain, the U.S., France, the European Union and representatives from the United Nations and the Organization of American States. 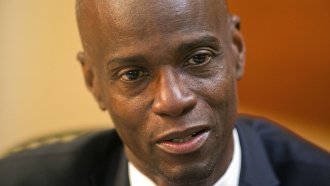 The statement was issued hours after Moïse's wife, Martine, arrived in Haiti on Saturday aboard a private jet clad in black and wearing a bulletproof vest. She has not issued a statement or spoken publicly as the government prepares for the July 23 funeral that will be held in the northern city of Port-au-Prince.

Moïse designated Henry as prime minister a day before he was killed, but he had not been sworn in.