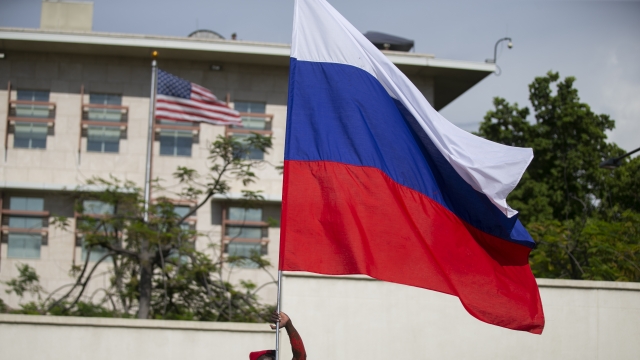 Haiti is facing deepening turmoil as it requests international armed forces to deal with a humanitarian crisis in the country. In response, the U.S. has reportedly drafted a U.N. resolution that supports a multinational rapid action force.

"I need for you to give us the support we need to stop people from dying in droves," said Prime Minister of Haiti, Ariel Henry.

NEWSY'S HALEY BULL: How serious a security threat is the lawlessness in Haiti?

JOHN KIRBY: We don't want to see any lawlessness or violence in Haiti or, frankly, anywhere else. Our main concern right now is making sure that humanitarian assistance gets to the people in need, particularly now, as we have a cholera outbreak.

BULL: I know that the administration is reviewing Haiti's request. Can you provide more detail on kind of what shape and form that review takes, and how difficult it is to identify the people you can hold accountable?

KIRBY: We're all taking a look at that request. And there'll be a decision-making process formed out of that to make recommendations to the president about what the options are, and what the best course might be. Ultimately, it'll be his decision. 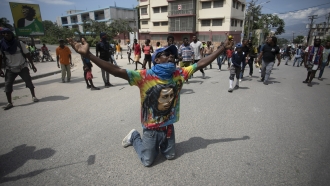 Meanwhile, the U.S. Agency for International Development deployed a disaster response team, and the State Department announced a new visa restriction policy aimed at those involved in Haitian criminal organizations. Over the weekend, in a joint operation, the U.S. and Canada delivered equipment purchased by the Haitian government for the Haitian National Police.

A joint statement from the U.S. and Canada said, "In coordination with international partners, our governments are working with Haitian partners to strengthen Haiti's capacity to train additional police officers and improve law enforcement operations."

Haiti's prime minister thanked the governments and said the country would continue to rely on partnerships. But as Haiti looks for international help, grim reports shed more light about the situation on the ground.

A recent U.N. human rights report detailed gangs' use of sexual violence to instill fear, including against children and the elderly, while UNICEF warned nearly 100,000 children under five are vulnerable to the cholera outbreak.

The U.N. Security Council is expected to discuss the situation Monday afternoon.