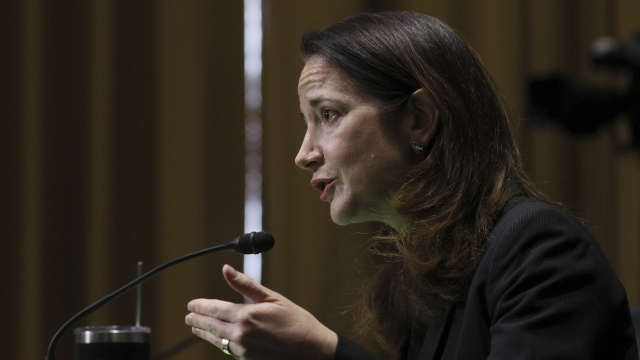 Haines received support from both Democrats and Republicans. But her day one confirmation was in doubt for most of Wednesday.

The timing really came down to Sen. Tom Cotton, a Republican from Arkansas and he held up the process and objected to a swift consideration because he wanted Haines to clarify an answer during her confirmation. So he requested that she write and provide further details.

Sen. Cotton ended up lifting his hold on the vote and that cleared the way for Haines to be confirmed 84-10. That's a real win for the president. Aides have said it's important for his national security team to get in place quickly so that they can take action against a number of pressing threats including domestic extremist violence seen at the U.S. Capitol two weeks ago and the suspected Russian cyberattack on parts of the federal government.