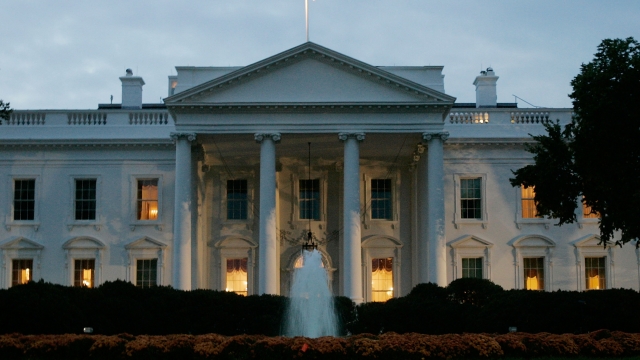 SMS
Hail To The Thief: Fleeing Robber Jumps White House Fence
By Grant Suneson
By Grant Suneson
April 26, 2016
Officials said a man stole a woman's purse near the White House, then hopped a fence to try to get away. He didn't make it far before being arrested.
SHOW TRANSCRIPT

There are plenty of dumb places to commit a crime but doing it right next to the White House is probably near the top of the list.

But that’s just what officials said one purse-snatcher did. The Secret Service said a man stole a woman’s purse near Pennsylvania Avenue on Tuesday afternoon.

He then scaled a fence to try to get away, but apparently didn’t know the fence surrounded the Eisenhower Executive Office Building on the White House complex.

The Secret Service said the man was detained quickly and taken to a hospital after cutting his hand during the misguided escape attempt.

Though the aspiring criminal mastermind never got close to the actual White House, it did go into lockdown for half an hour as a precaution.