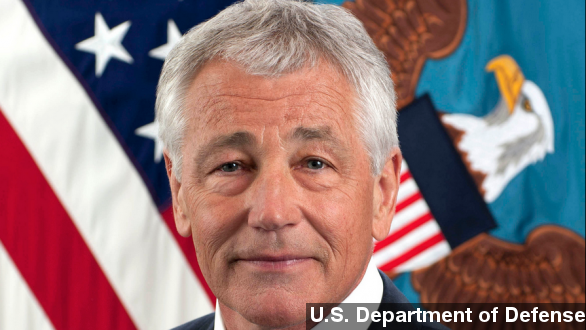 By Madison Burke
June 11, 2014
The defense secretary fielded questions from Congress on why he failed to notify lawmakers, but he continued to defend the decision.
SHOW TRANSCRIPT

"The exchange needed to take place quickly, efficiently and quietly. We believe this exchange was our last, best opportunity to free him." (Via C-Span)

"Sgt. Bergdahl's health was poor and possibly declining. This gave us growing urgency to act." (Via CNN)

The Obama administration is facing sharp criticism for not informing Congress of the deal in advance. Some say the administration broke a law requiring a 30-day notification of any Guantanamo prisoner releases. (Via The Telegraph)

"If you had been able to meet with responsible people in the Congress and give them the same story you just now gave us, the law would have been complied with. We didn't need to know the operation details." (Via Fox News)

The New York Times points out throughout the grilling by those angered by the deal, Hagel never gave up ground on his stance the prisoner swap was necessary.

Hagel went on to say prisoner swaps are part of the "dirty business" of war.