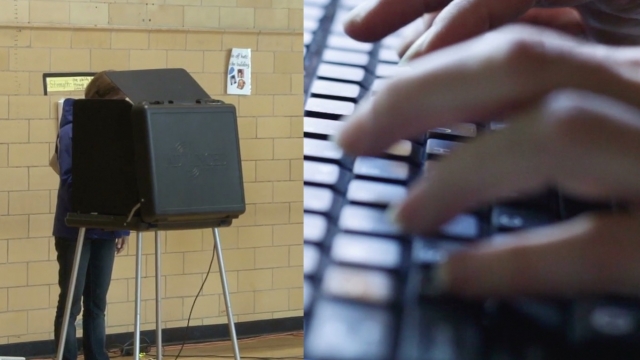 By Lauren Stephenson
August 30, 2016
This is just the latest in a series of high-profile breaches believed to be carried out by hackers tied to Russian intelligence.
SHOW TRANSCRIPT

The FBI has put election officials across the country on alert after hackers reportedly targeted two states' voter registration systems.

The hacks, at least one of which is believed to be carried out by Russians, led both states to shut down their systems for a week.

Illinois' shutdown came after hackers reportedly accessed some voter records. According to NBC, which cites unnamed intelligence officials, hackers accessed up to 200,000 voter records. State election officials realized in July the system had been breached.

In June, the FBI apparently warned the office of Arizona's secretary of state of a "credible" threat. According to The Washington Post, the hackers — believed to be Russian — only accessed one county official's login information there.

News of the Arizona hack follows several other system breaches believed to be carried out by Russians.

Earlier this month, the personal information of nearly 200 Congressional Democrats was released.

And last week, Russian hackers were tied to attempted cyberattacks on The New York Times and other media outlets.

So should we be worried about the security of the November general election?

According to Bloomberg, the federal government could step in to offer extra assistance to state election officials. To bolster elections' cybersecurity, the government would need to designate election systems as "critical infrastructure," which is something Homeland Security Secretary Jeh Johnson has said should be considered.