Haaland And Warren Team Up On Universal Child Care Legislation 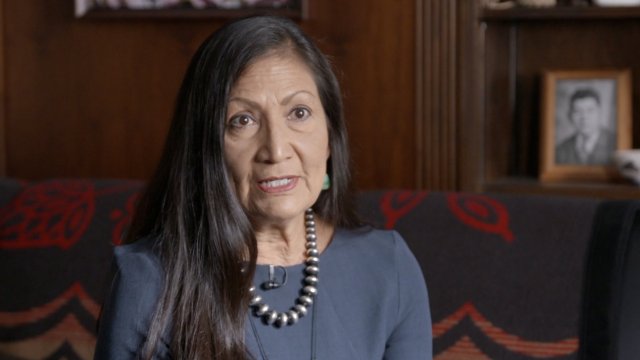 SMS
Haaland And Warren Team Up On Universal Child Care Legislation
By Bianca Facchinei
By Bianca Facchinei
June 18, 2019
As the 2020 race heats up, Democrats are jumping on an issue that voters on both sides of the aisle want to fix.
SHOW TRANSCRIPT

Democratic Sen. Elizabeth Warren and Rep. Deb Haaland are proposing new legislation that would guarantee affordable child care and early learning to every American, regardless of their income.

The bill is personal for Haaland, a first-term congresswoman who says she couldn't afford child care as a single working mother.

"I think about raising my daughter as a single mom. I had to go to work three days after she was born. I took her with me to work," Haaland said.

The legislation is similar to a proposal introduced by Warren in February. The Massachusetts Democrat has spoken at length on the campaign trail about her difficulty finding child care as a young mother. 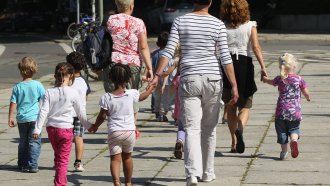 The High Cost Of Child Care Is Hindering Young Families

"Child care never stopped being an issue. For me, for so many working parents today, it was this weight I had to carry around every single day and it never let up," Warren said.

If the bill passes, no family would pay more than 7% of their income for public child care, and families making below 200% of the poverty line would access care for free — all paid for by what Warren refers to as an "ultra-millionaire tax." It's not the first plan brought to Congress, though.

Earlier this year, Democratic Sen. Patty Murray re-introduced the Child Care for Working Families Act. Similar to Haaland and Warren's bill, it would limit the cost of child care and increase pay for child care workers. And in March, President Trump announced a $1 billion child care investment in his 2020 budget proposal. Though Haaland doesn't anticipate getting the GOP fully on board, she warns that this is an issue affecting voters on both sides of the aisle.

"I would really want every single lawmaker in this country, whether they're in the House or the Senate, to think about their constituents. There are people all over this country who can't move forward or have to turn down opportunities because they don't have options for child care," Haaland said.