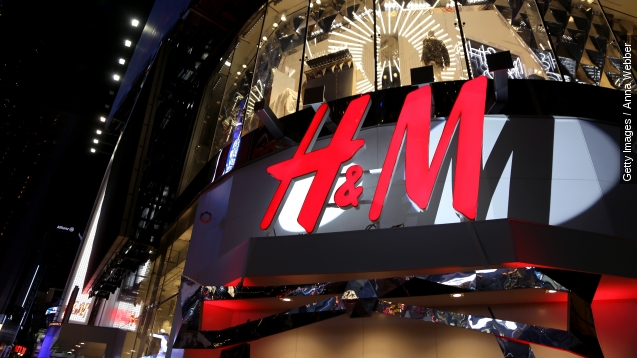 H&M wants more people in its stores. It might sound like a painfully obvious statement, but we don't mean customers.

The low-price, fast-fashion retailer has rapidly expanded in the U.S. the past several years with more than 100 new stores opening between 2014 and the end of 2015. (Video via H&M)

Now, instead of the fashion-focused billboards you might be used to, H&M is advertising jobs — thousands of them — and hoping the perks attract quality applicants.

USA Today reports part of those perks include full-timers starting with three weeks paid vacation and seven sick days with the opportunity to eventually earn five weeks vacation. Not bad for the kids straight out of school the company will likely target. (Video via H&M)

"Honestly, when I first started working at H&M, it was just because I needed a job," one employee says in the video.

"I didn't go to college, so I was just looking for a full-time job. It was supposed to be a short-term thing, but it didn't turn out that way," another says.

This follows wage increases at other large retailers like Wal-Mart, T.J. Maxx, Target and Gap, along with the minimum wage debate growing louder in cities across the country.

A senior VP at the National Retail Federation hailed the H&M campaign, telling USA Today, "It is not in the retailers' best interest to provide a job that somebody gets into and realizes, well there's another opportunity literally two blocks away where I can make more money, get better benefits and maybe advance faster."

The outlet reports all U.S. stores will have recruitment displays, and H&M has a college campus tour planned this fall.