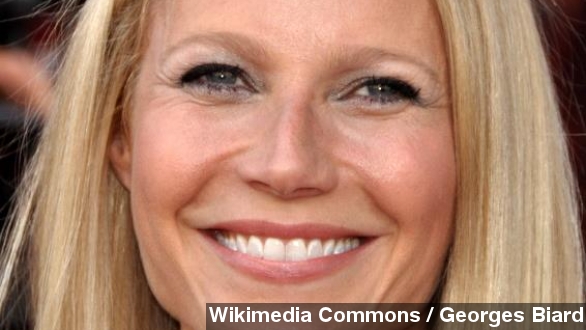 By Briana Koeneman
March 28, 2014
Gwyneth Paltrow is opening up about her split from husband Chris Martin — and things are still looking pretty peaceful.
SHOW TRANSCRIPT

Gwyneth Paltrow is opening up about her split from husband Chris Martin — and things are still looking pretty peaceful.

Just days after the two announced their "conscious uncoupling" after ten years of marriage, Paltrow posted a short but heartfelt note to her weekly newsletter Friday. (Via Warner Bros. / "Ellen", BBC / "The Graham Norton Show")

At the end of the introduction for this week's GOOP, she wrote, "CM and I in deep gratitude for the support of so many" followed by a simple heart.

And Paltrow's pal, Cameron Diaz, also chimed in with some positive words about the couple's separation. (Via Sony Pictures / "The Queen Latifah Show")

"​People want them to blow up and it to be ugly, but they're kind, generous, loving people who really care about one another. Just because they don't want to be a couple together, doesn't mean that they have to hate one another." ​(Via E!)

So yes, even though many are totally dissing Paltrow and Martin's "conscious uncoupling", the couple is obviously choosing to look at the bright side of going their separate ways. (Via TMZ, Los Angeles Times, SheKnows, New York Post)

Even the title they've given their split radiates positive vibes — "conscious uncoupling." Paltrow explained on GOOP earlier this week, "We are... and always will be a family... We have always conducted our relationship privately, and we hope that as we consciously uncouple and coparent, we will be able to continue in the same manner."

And many are applauding the couple's attempt to keep things so civil. But some say the sunshine-y separation is just a new way to cover up the pain of divorce.

A writer for Slate says, "New-agey as it all sounds, Gwyneth’s sun-dappled breakup announcement is just the same tired keeping up appearances that wives and mothers have long been expected to do. ... There is no admission of pain (besides a nod to 'hearts full of sadness') or any other emotion that might be messy, inconvenient, or real."

Paltrow and Martin tied the knot in a secret ceremony back in late 2003. They have two children together.