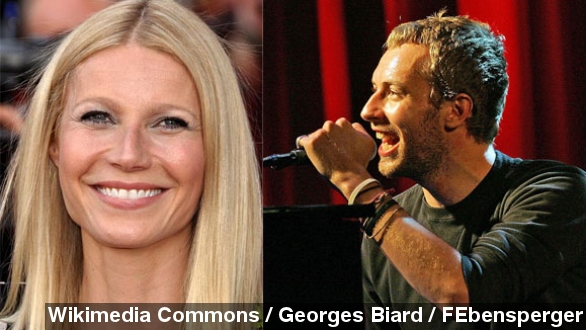 By Lauren Zima
March 25, 2014
The actress and Coldplay frontman are going through a "conscious uncoupling" after 10 years of marriage.
SHOW TRANSCRIPT

"It is with hearts full of sadness that we have decided to separate. We have been working hard for well over a year, some of it together, some of it separated, to see what might have been possible between us, and we have come to the conclusion that while we love each other very much we will remain separate."

The post is titled "Conscious Uncoupling" and is signed by both Paltrow and Martin. It's accompanied by an article on the concept, which seems to focus on splits as OK given modern human beings' long life expectancies — arguing humans can't be with one person for their entire lives.

The unfamiliar phrase brought a good amount of quick mocking on Twitter.

Their split comes after much speculation over the past few years. They've remained largely private over their relationship, rarely making public appearances together.

And Paltrow has been plagued by rumors of cheating, some of which her reps have actively denied. (Via New York Daily News, Hollywood Life)

In September, she spoke with Refinery29 and said she would hope to be forgiven if she cheated, and she would forgive if she was cheated on, but said she hadn't "really experienced" being cheated on.

And in May she admitted "marriage is hard," saying she and Martin had been through both "great and terrible" times. (Via Telegraph)

Martin has been less outspoken. The pair have two children together, Moses and Apple.