Gwen Stefani To Replace Christina Aguilera On 'The Voice?' 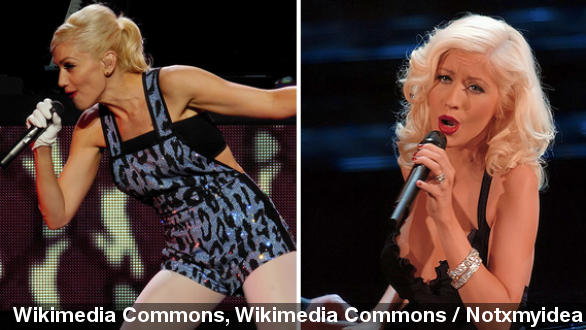 SMS
Gwen Stefani To Replace Christina Aguilera On 'The Voice?'

By Elizabeth Hagedorn
April 19, 2014
According to several reports, Gwen Stefani will be replacing Christina Aguilera as a judge on hit reality show's seventh season.
SHOW TRANSCRIPT

​In with one blonde singer and out with another. If the rumors are true, everyone’s favorite Hollaback Girl could be headed to “The Voice.”

The timing makes sense — Aguilera announced she was pregnant with her second child in February, meaning she’d be 8 or 9 months along by the time the new season kicks off in June. (Via NBC / "The Voice")

​As for Stefani, she too has been busy with her family. In February, she gave birth to her third child with hubby Gavin Rossdale. (Via CoolNews.TV)

It would be something of a reunion for the duo. They collaborated on Stefani’s hit single “Hollaback Girl” back in 2004. (Via Interscope Records / Gwen Stefani)

The No Doubt singer will also join coaches Adam Levine and Blake Shelton — both of whom are expected to return. (Via YouTube / Celebified)

According to TMZ, Stefani is reportedly only signed on for one season. Aguilera will be back for Season 8.

Still no official confirmation from NBC — even though many outlets say Stefani’s contract is a done deal. A rep for the network told Us Weekly "we haven't made any decisions at this point."