Guns Were The Leading Cause Of Death In U.S. Children In 2020 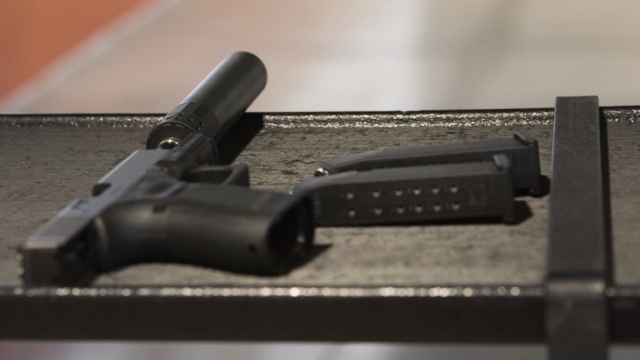 SMS
Guns Were The Leading Cause Of Death In U.S. Children In 2020
By Maura Sirianni
By Maura Sirianni
April 23, 2022
Guns surpassed car crashes as the top cause of death in America for those aged 19 and under in 2020.

A West Palm Beach mom is on edge after a toddler was shot and killed earlier this month in her neighborhood.

"I try to keep them outside. And now that they're shooting right here, I don't really like coming outside anymore," said Deasia Baxtor.

Last month in Tennessee, deputies with the Jefferson County sheriff's office say a 2-year-old boy was killed after accidentally shooting himself while playing with a handgun.

In a new study published in the New England Journal of Medicine, researchers looked at data from the Centers for Disease Control and Prevention, which found there were a record 45, 222 gun-related deaths in the U.S. in 2020. About 10% of those killed -- or more than 4,300 — were children. The study shows most of the children killed by firearms that year were age 14 and older, even though the legal age to purchase a gun is 18.

Recently, the Biden administration said it was cracking down on "ghost guns," or privately made firearms without serial numbers, which are increasingly showing up in violent crimes.

"These guns are weapons of choice for many criminals," said President Joe Bide.

This week in San Bernardino County, a 14-year-old boy was arrested after allegedly faking a robbery. Deputies say they found two ghost guns, and an illegal high-capacity magazine in the teen's possession. The Bureau of Alcohol, Tobacco, Firearms and Explosives says about 20,000 of these so-called "ghost guns" were recovered from crime scenes just last year.

"In a lot of schools across Wayne County we've had gun violence threats which is why school shut down for a while," said Keerthana Danasekara of the Wayne County Commission Youth Council.

In Detroit, Wayne County commissioners recently passed a student-led gun safety plan. The students say they want gun locks to be purchased when a gun is purchased, helping to limit access to minors.

Researchers say while mass shootings have drastically increased over the past 30 years the vast majority of kids and teens are killed by guns in smaller day-to-day incidents.