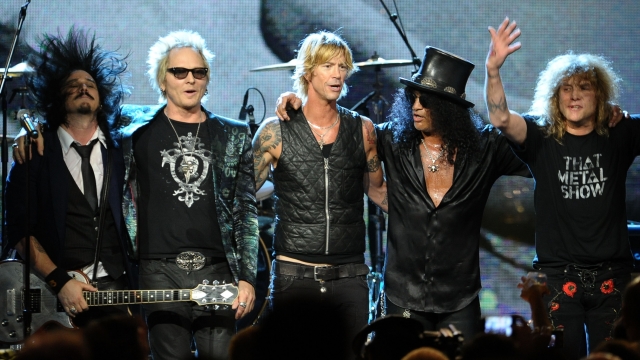 After decades of bad blood between its founding members, iconic rock band Guns N' Roses welcomed fans back to the jungle with a surprise show in West Hollywood.

Once the concert was announced, fans lined up around the block to gain entrance to the intimate performance. Fewer than 500 tickets were available, and they sold out in minutes, but don't worry if you didn't get in.

Singer Axl Rose and lead guitarist Slash both previously said the band would never reunite after breaking up in 1996, but the feud apparently cooled over time.

Slash said last year whatever issues led to the breakup had been resolved and he would be open to getting the band back together. It also doesn't hurt that Guns N' Roses is expected to clear over $3 million per show.

Slash, Rose and original bassist Duff McKagan are expected to perform, but it's unclear if or when other founding members Izzy Stradlin and Steven Adler will tour.

The "Not in This Lifetime ..." tour is scheduled to begin Friday, April 8 in Las Vegas.

This video includes clips from Geffen Records, CBS and Twitter / @gunsnroses and images from Getty Images and Guns N' Roses.