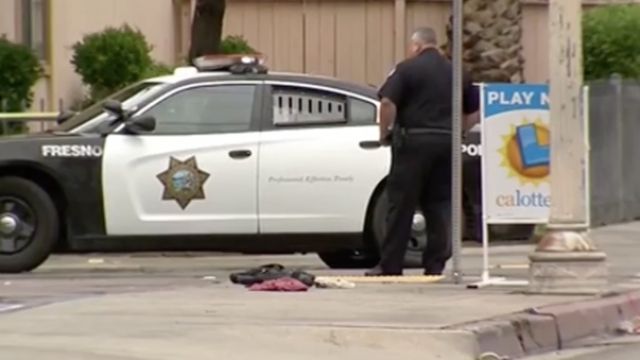 SMS
3 People Shot And Killed In Fresno, California
By Matt Picht
By Matt Picht
April 18, 2017
Police have arrested a suspect in the shootings.
SHOW TRANSCRIPT

A lone gunman shot and killed three people in Fresno, California, Tuesday before being arrested by police.

Fresno police Chief Jerry Dyer told reporters, "We know that he has some posts that says he does not like white people, and also on that post that he has expressed some anti-government sentiments."

The investigation is still too early to assign a motive to the shootings. Police say Muhammad yelled the Arabic phrase for "God is great" while he was taken into custody. And his father told The Los Angeles Times Muhammad "believed that he was part of an ongoing war between whites and blacks."