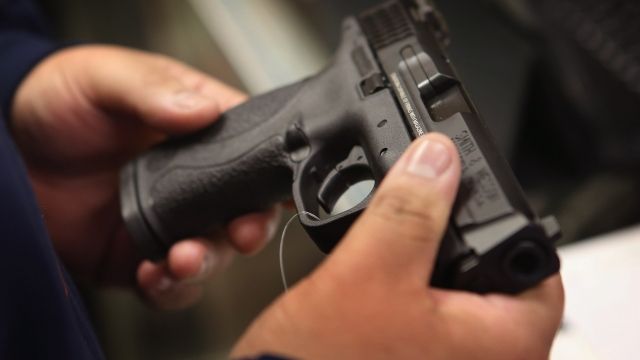 SMS
Why After-Hours Security Measures At Gun Stores Matter
By Melissa Prax
By Melissa Prax
March 6, 2017
Government data shows there was an increase in break-ins from 2012 to 2016.
SHOW TRANSCRIPT

In most states, gun stores don't have to beef up security — like locking up guns — after hours.

But since the government started keeping track in 2012, gun store break-ins have been increasing. In 2016, break-ins were at an all time high.

That's a big deal because the stolen guns are likely getting into the wrong hands — either the hands of the person breaking in, or to a buyer who legally shouldn't be able to get a gun.

Several of the states that require gun stores to take extra security measures had far fewer burglaries in 2015.

Despite some cities experiencing increased crime rates, there's not really a rush to do anything about this issue at the federal level.

And there's not really a push by gun store advocates, either.

Should gun-store owners be required to add security? Do you think that mandate would make people safer? Let us know.