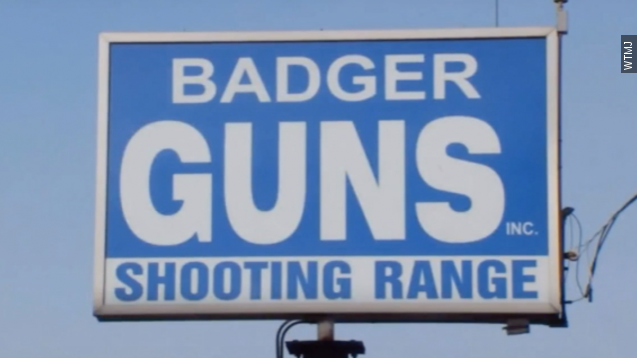 Late Tuesday a jury found that a gun shop in Milwaukee, Wisconsin was seriously negligent in selling a gun that was used to severely wound two police officers. (Video via WTMJ)

The owners and operators of Badger Guns will have to pay nearly $6 million to the two officers.

"When they filed the lawsuit my reaction was well maybe there will be some justice here because this business had such a long history of selling guns to people who couldn't legally purchase them," Milwaukee mayor Tom Barrett said. (Video via WITI)

The lawsuit said the shop allowed a sale despite warning signs that the buyer was actually buying the gun for someone else who couldn't legally do so.

This is a rare situation. In 2005, Congress passed a law to protect most gun makers and sellers from lawsuits like this.

And according to the New York Times, it's only the second time in the last decade a "civil lawsuit alleging negligent sales by a gun shop reached a jury."

But this is definitely an exception to that rule. According to Fox News, authorities say more than 500 firearms discovered at crime scenes can be traced back to this Milwaukee shop.