Gun Reform Groups Say They're Seeing A Surge In Participation 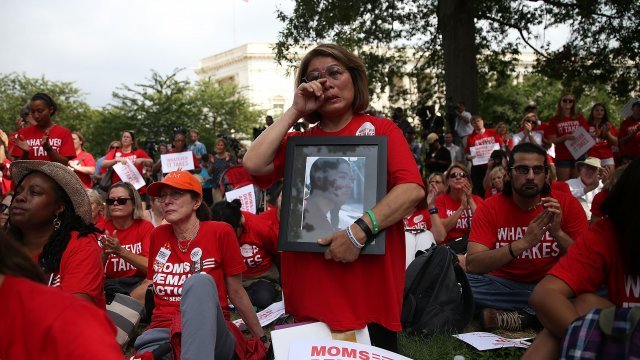 Everytown for Gun Safety says it saw a 25 percent increase in membership in the two weeks following the Feb. 14 attack.

That's in line with multiple surveys that say about two-thirds of the public support stricter gun laws and a CNN poll that found about the same proportion of respondents believe action can be taken to prevent future mass shootings. Those numbers represent huge jumps from just a few years ago.

The founder of Moms Demand Action, a grassroots arm of Everytown, said the group saw 75,000 new volunteers and that she thinks "the Parkland shooting was the straw that broke the camel's back for most Americans to get off the sidelines."