Gun Owners In Hawaii Will Now Be Registered With The FBI 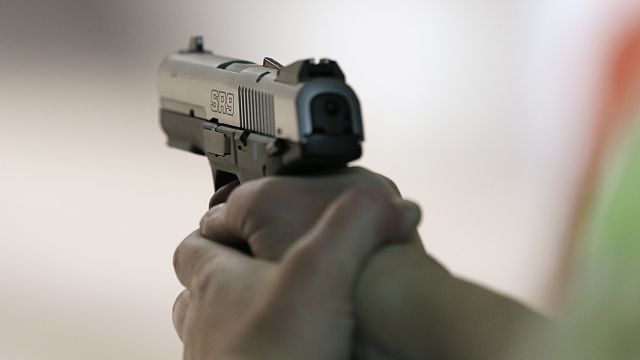 SMS
Gun Owners In Hawaii Will Now Be Registered With The FBI
By Matt Picht
By Matt Picht
June 24, 2016
The law is part of a trio of gun control measures signed by Hawaii Gov. David Ige this week.
SHOW TRANSCRIPT

Hawaii's Gov. David Ige has signed a bill to register all the state's gun owners in an FBI database.

Act 108 authorizes the county police to enroll gun owners in the FBI's "rap back" program, which monitors the criminal record of its subjects. The system would notify authorities whenever a Hawaiian gun owner is arrested anywhere in the country.

The law is part of a trio of gun control measures Ige signed this week. The other measures disqualify people charged with or convicted of sexual assault or stalking from buying a gun, and require anyone diagnosed with a severe mental, behavioral or emotional disorder to surrender their firearms.

The new laws were met with strenuous pushback from gun rights groups. The Hawaii Rifle Association said in a statement: "The exercise of an individual's Second Amendment rights is not inherently suspicious and should not require a person to surrender other civil liberties. The lawful acquisition, possession, carrying, or use of a firearm does not justify subjecting citizens to ongoing monitoring."

This video includes images from Getty Images and clips from Big Island Video News and KHON.