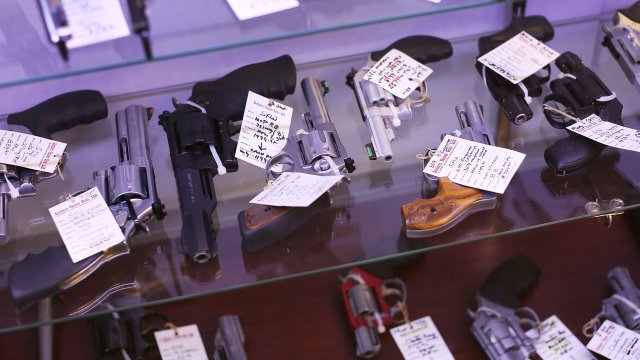 Within the next year, the Supreme Court will hear its first gun rights case in nearly a decade. After a year of social change, you might think this case would be about ramping up gun control. It's actually about giving more rights back to gun owners.

The case at hand involves a handful of gun owners in New York City. Right now, they cannot carry a licensed and unloaded gun outside the 5 boroughs. The gun can only be taken to a small number of shooting ranges within the city. Gun owners say this is an infringement of their rights. Gun control advocates say this is a public safety issue. Both sides know a decision could of course change laws in New York, but they may be paying even more attention to the ripple effect.

The Court's ruling could potentially undo recent state-level victories gun control advocates have won across the country. It's gotten to the point where some of those advocates argue New York City should back down on its laws and void the case, rather than risk a broader defeat. Kris Brown of the Brady Campaign to Stop Gun Violence wouldn't comment on this idea. But, she says, there are other avenues for gun owners in the City.

So why now? Many believe the Court took this case because of the retirement of Justice Anthony Kennedy and the appointment of Brett Kavanaugh. Though Kennedy was a conservative justice, his views on the second amendments weren't as strong as some of his colleagues.

Justices Thomas and even recently appointed Gorsuch have written publicly about taking more gun rights cases. Thomas said in part last year,"as evidenced by our continued inaction in this area, the Second Amendment is a disfavored right in this Court.” And it looks like Thomas will finally have a change to hear a second amendment argument. Gun control supporters aren't giving up on the courts yet, but they're also shifting focus to other avenues of change. The case could be heard as soon as this fall.