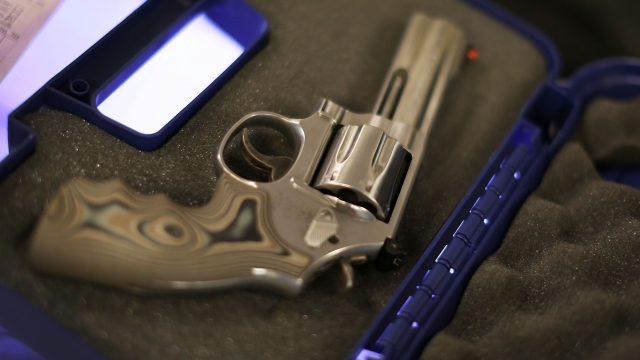 One day before the anniversary of the Parkland school shooting, the House Judiciary Committee signed off on new gun control measures for the House to vote on. It was the first Congressional hearing on gun control since 2007.

On Wednesday the committee signed off on two bills — one that would require background checks for anyone purchasing a firearm, and another that would address a loophole in current background check laws. This is one of the first actions taken by the new Democratic majority, and after a nine-hour debate, the vote was expectedly partisan.

Rep. Jerry Nadler, the committee chairman, said there is a "clear consensus" among experts that tighter gun control would increase public safety.

Nadler said, "Despite the obvious need to take action, however, Congress, for too long has done virtually nothing."

Republicans offered up their own amendments, but they were voted down. One of the proposed amendments would require Immigration and Customs Enforcement to be contacted if an undocumented immigrant tries to buy a gun. This led to accusations that Democrats don't care about border security.

Feb. 14 is the one-year anniversary of the shooting at Marjory Stoneman Douglas High School in Parkland, Florida, that killed 17 students and staff.

Rep. Ted Deutch, whose district includes Parkland, said, "Now, our responsibility is to do everything we can to make sure it never happens again."

The bills are expected to be voted through in the Democrat-controlled House but aren't expected to make it through a Republican-majority Senate vote.