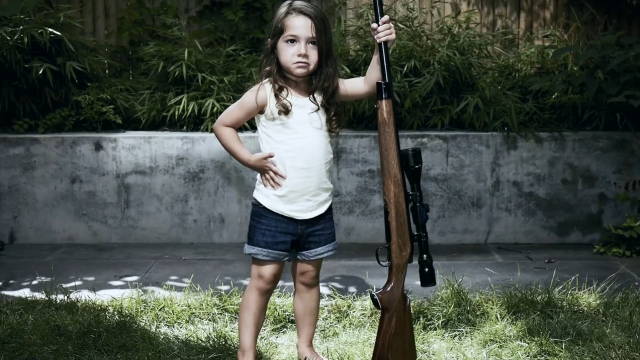 The Brady Campaign to Prevent Gun Violence has taken the phrase "guns don't kill people, people do" to another level.

In a new PSA released Monday, the gun control group calls for action against America's toddlers.

"We need to lock them up. Not the guns — that's just un-American," the ad continued.

The video also points to a website, ToddlersKill.org, where users can access information on "toddler amnesty" and use a fake "toddler map" that shows where children are around the country.

The Brady Campaign doesn't really want to put children behind bars. But the organization's president says the satirical video does have a serious message.

He told The Washington Post, "Whether the trigger is pulled by a toddler, a convicted felon, domestic abuser, or terrorist, we have a problem in America with guns too easily falling into the wrong hands."

He continued, "And that translates to hundreds of lives lost or changed forever every single day. ... This PSA is satire. But the public health crisis it calls attention to is anything but."