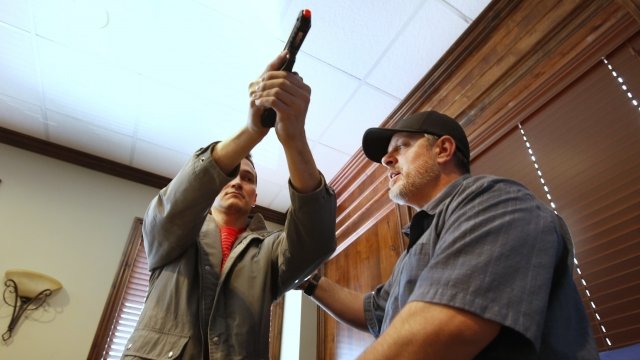 SMS
For Republicans, Gun Control And Gun Rights Can Be Linked
By Ryan Biek
By Ryan Biek
December 6, 2017
Republicans are attaching the bipartisan Fix NICS Act to a separate proposal that would treat concealed carry permits like driver's licenses.
SHOW TRANSCRIPT

Republicans may be using a modest, bipartisan gun control measure to pass a pretty sweeping gain for Second Amendment advocates.

The measure is called the Fix NICS Act. It would put more pressure on federal agencies and states to report crimes to the National Instant Criminal Background Check System, or NICS. Ideally, this would help keep guns out of the hands of convicted criminals.

But The Atlantic notes the National Rifle Association is pushing a different measure. The Concealed Carry Reciprocity Act would treat concealed carry permits like driver's licenses.

House Republicans are trying to attach the Fix NICS bill to the concealed carry proposal — in effect to win Democratic votes for the latter.