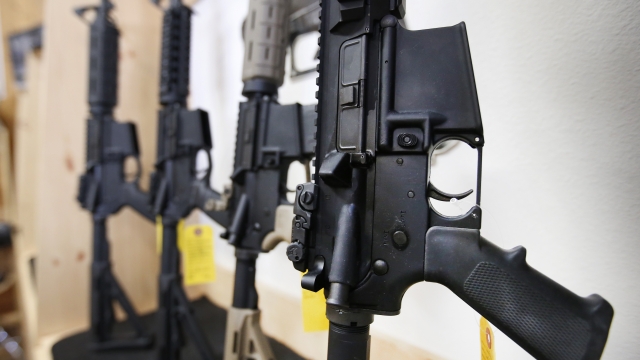 "Hell, yes, we're going to take your AR-15, your AK-47. We're not going to allow it to be used against our fellow Americans anymore," presidential candidate Beto O’Rourke said.

"If the high-impact, high-velocity round, when it hits your body, shreds everything inside of your body because it was designed to do that so that you would bleed to death on a battlefield ... when we see that being used against children," O’Rourke said.

O’Rourke unveiled the gun buyback proposal in August, following a mass shooting in his hometown of El Paso,Texas, where 22 people were killed by a gunman at a Walmart.

While O’Rourke’s comments garnered applause from the audience at the debate, Republican Texas Rep. Briscoe Cain tweeted his opposition to the buyback program, saying, “My AR is ready for you Robert Francis,” referring to O'Rourke's full name.

O'Rourke responded by tweeting, "This is a death threat Representative. Clearly, you shouldn't own an AR-15 — neither should anyone else."

According to CNN, Cain's tweet was removed from Twitter because it violated the company's rules against violence and wishing harm against others. In addition, CNN reports that O’Rourke’s campaign is reporting the tweet to the FBI.

The majority of the remaining Democratic presidential candidates have expressed support of a new federal ban on assault-style weapons, as well as for a buyback program for existing weapons.