Spending Bill May Include Tougher Background Checks For Gun Purchases 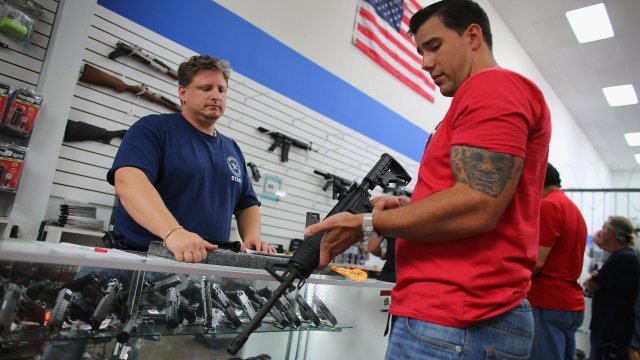 SMS
Spending Bill May Include Tougher Background Checks For Gun Purchases
By Gabrielle Ware
By Gabrielle Ware
March 21, 2018
Congress has until Friday to pass a new spending bill, or the country will face another government shutdown.
SHOW TRANSCRIPT

Congress is finalizing a spending bill that has legislation intended to bolster background checks for gun purchases. That's what a source told The Hill.

Efforts to strengthen gun laws have ramped up since 17 people died in the February high school shooting in Parkland, Florida. A U.S. official told CNN the suspect in that shooting passed a background check.

Congress has until late Friday to pass a $1.3 trillion federal spending bill to finance the government through September, or it'll face another shutdown.