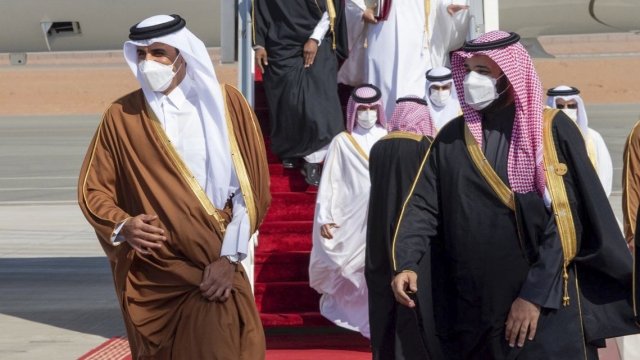 A group of Gulf Arab states has lifted its nearly four-year blockade of neighboring Qatar.

The embargo began in mid-2017, when the bloc accused Qatar of supporting terrorism and being too close to Iran — allegations Qatar has consistently denied.

The bloc also called for the Qatari-owned Al Jazeera Media Network to be shut down over its critical news coverage of the region.

The U.S. reportedly helped restore relations between Qatar and its neighbors, though the terms of the deal were not immediately released.