After More Than 60 Years, Guinness Will Have A US Brewery 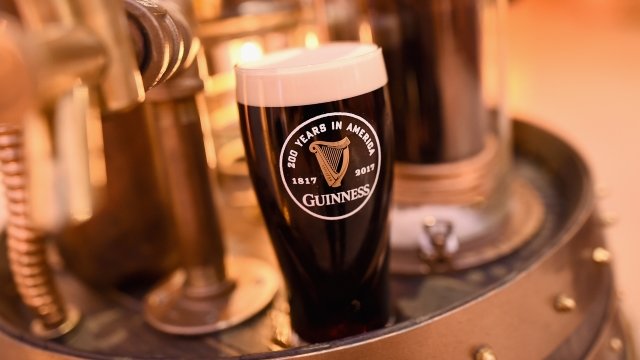 SMS
After More Than 60 Years, Guinness Will Have A US Brewery
By Audrey Esther
By Audrey Esther
June 29, 2018
Guinness plans to open a new multimillion-dollar brewery near Baltimore. This will also be its first operational U.S. brewery in more than 60 years.
SHOW TRANSCRIPT

For the first time since 1954, Guinness will have a brewery in the United States.

The Guinness Open Gate Brewery and Barrel House is set to open in August near Baltimore, Maryland.

The reported $80 million development will also include a 270-seat restaurant and a tap room for beer tastings.

But Guinness says it won't brew its traditional stouts here. Instead, this facility will focus on brewing its Blonde American Lager and new beers on a smaller scale.

The beer maker reportedly hopes to attract 300,000 visitors to the brewery during the first year.

Beverage industry analysts say the brewery is also likely a way for Guinness to try to attract millennials and increase brand awareness with a younger audience.

Additional information for this story provided by Newsy affiliate CNN.