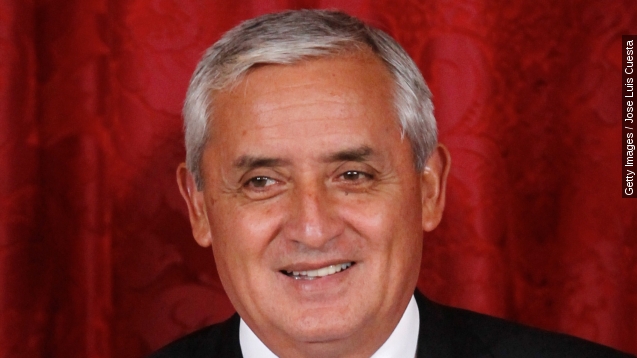 Guatemala's government is in trouble for corruption. Here is a timeline of the events.

"So that we really can have a state with more security and justice," said President Otto Pérez Molina.

C.I.C.I.G = The International Commission Against Impunity in Guatemala

Created in 2006 by Guatemala's government to rid itself of illegal activity.

May 8: "First I want to tell you, I have the obligation and responsibility to inform the state that just moments ago, I was informed of the resignation of Vice President Ingrid Roxana Baldetti Elías," said President Pérez Molina.

Baldetti resigns the same day the fraudulent work of "La Línea" comes to light. "La Línea" is the name of the group that committed customs fraud.

June-August: 15 government officials resign because of allegations linking them to "La Línea." They are later detained.

August 25: Pérez Molina is linked to "La Línea" when audio recordings of his voice surface.

August 27: Thousands of protesters continue to march through Guatemala City demanding the resignation of Pérez Molina. (Video via Prensa Libre)

"Former Vice President, Alejandro Maldonaldo has been sworn in as the countries new leader." (Video via CNN)