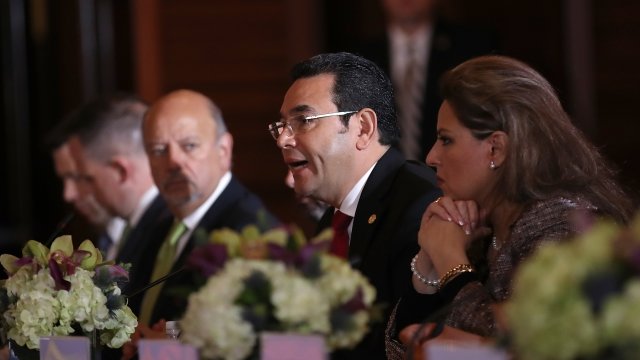 Guatemala is set to pull out of a U.N.-backed anti-corruption commission, claiming it overreached.

The move comes after more than a year of tension between the group and country following investigations into President Jimmy Morales and other top government officials.

Guatemala's foreign minister announced the decision on Monday, claiming the commission interfered with internal affairs. At a press conference later that day, Morales accused the panel of repeatedly violating "the human rights of Guatemalans and foreigners in Guatemala through selective and partial justice."

Guatemala gave commission prosecutors one day to leave the country. This expulsion was reportedly immediately challenged in Guatemala's constitutional court, which has consistently supported the panel in the past.

The U.N. and Guatemalan government signed an agreement to create the International Commission Against Impunity in Guatemala in 2006. It was later made an independent international body. The goal of the panel was to support officials in the "investigation of crimes committed by members of illegal security forces and clandestine security apparatuses" and assist in the dismantling of such groups.

In a statement, the spokesman for the U.N. secretary general said he "strongly rejects the decision." The U.N. said the agreement creating the commission is set to end in September, and it expects Guatemala to "entirely fulfill its legal obligations under the agreement" until then.