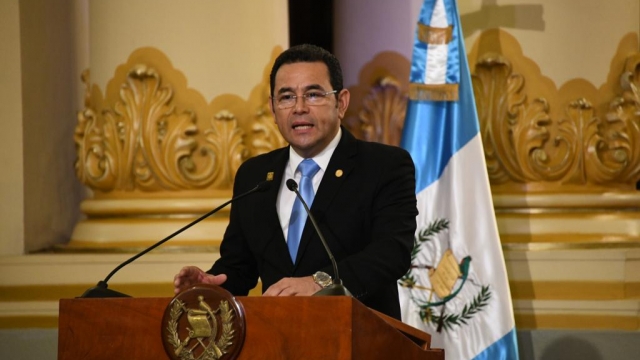 Guatemalan President Jimmy Morales filed an appeal against a court injunction preventing him from signing a so-called Safe Third Country Agreement with the U.S.

Morales' administration said Tuesday that the Constitutional Court had inappropriately meddled in the affairs of his office and that it's actions were damaging Guatemala's relations with the U.S.

The announcement came after President Donald Trump tweeted that he was now considering imposing tariffs and remittance fees against Guatemala after it failed to sign the agreement.

Morales was originally scheduled to visit Washington, D.C. last week to discuss the deal. But he postponed that trip the same day Guatemala's Constitutional Court issued its injunction, ruling Morales can't sign the agreement without approval from Guatemala's Congress.

Under a Safe Third Country agreement, Central American migrants journeying through Guatemala en route to the U.S. would be forced to apply for asylum in Guatemala, instead.

The Guatemalan government previously said it had never "contemplated signing an agreement to convert Guatemala into a safe third country." So it's unclear if Morales will sign such a deal, even if the court's injunction is revoked.