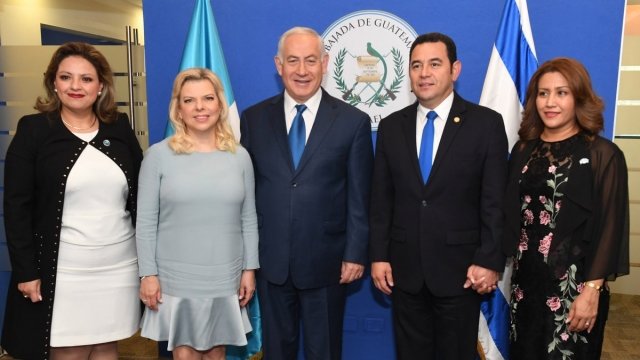 Guatemala is now the second country to move its Israeli embassy back to Jerusalem. The move comes just two days after the U.S. opened its own embassy in the city.

In December, President Donald Trump announced he would move the U.S. embassy in Israel from Tel Aviv to Jerusalem and that he would recognize Jerusalem as the capital of the country. That move caused some tension because both Israel and Palestinians claim Jerusalem as their capital.

Guatemalan President Jimmy Morales also said in December that the country would move its embassy back to Jerusalem.

And Al Jazeera reports Paraguay plans to move its embassy to Jerusalem by the end of May. The outlet says a couple of other countries are considering a similar move.