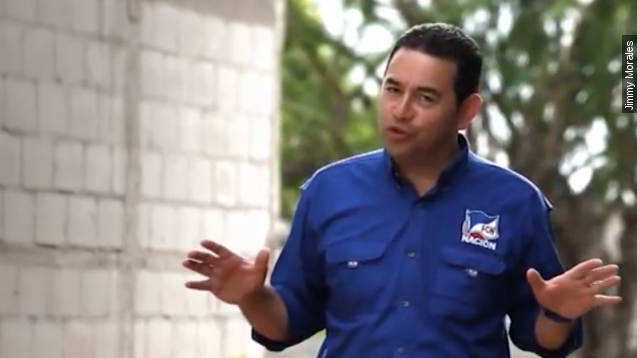 SMS
Guatemala Elects Former Comedian Jimmy Morales As President
By Ben Lawson
By Ben Lawson
October 26, 2015
Amid growing frustration over corruption among the political elite, Guatemalans have elected a former television comedian as their next president.
SHOW TRANSCRIPT

It's official. Guatemala has elected a comedian with very little political experience as its newest president. (Video via Jimmy Morales)

Polling numbers say Jimmy Morales won the seat in a landslide, snapping up nearly 68 percent of the vote.

Morales was a star on a popular TV show for 14 years until April when he left to run his campaign.

Many saw Morales' victory as a sign of the growing frustration with traditional politicians in the country.

The country's former president Otto Perez Molina stepped down in the middle of a bribery scandal and is currently in a military prison.

And Morales' opponent, former first lady Sandra Torres, was seen as part of the "political elite" the public seems to no longer trust. (Video via Facebook / Sandra Torres)

Morales critics say his campaign simply capitalized on the discontent with politics, instead of focusing on what Morales's policy would be like if he were elected.

It's looking like Guatemala's new president won't have too much support from Congress either. His National Convergence Front Party will hold only 11 of 158 seats.