'Guardians of the Galaxy 2' Announced Before First's Release 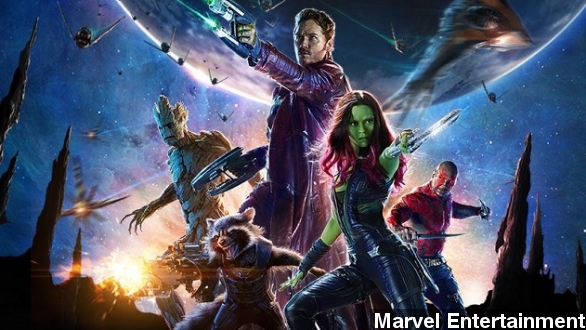 SMS
'Guardians of the Galaxy 2' Announced Before First's Release

By Jasmine Bailey
July 27, 2014
One week before the release of "Guardians of the Galaxy," Marvel announced a release date for the sequel. Smart move?
SHOW TRANSCRIPT

And before Comic-Con is even finished wrapping up, there's already enormous pressure on the superhero movie. (Via Marvel Entertainment / "Guardians of the Galaxy")

That's because headlines are littered with the announcement of some big news — a sequel, "Guardian's of the Galaxy 2," which is slated to be released July 28, 2017. (Via Vulture / Deadline Hollywood / The Wrap / Variety / BBC)

Writer and director, James Gunn, confirmed the news Saturday via Twitter, "Yes, I’m writing and directing the sequel to #GuardiansoftheGalaxy ... But first go see the first one out next week!"

The Huffington Post notes this comes as a big surprise since, just this month, Marvel announced plans for six other new films."It was expected that the studio would perhaps announce a few of those titles during its Comic-Con presentation on Saturday night, but only one name was revealed: "Guardians of the Galaxy 2."

Not only that — but Marvel is taking a pretty big leap of faith with plans of a sequel when the first one hasn't even been released.

But The Verge points out, "apparently Marvel thinks that fans are really going to love it." And based on critic reviews – they just might.

Guardians has garnered a 100% from critics on Rotten Tomatoes so far despite it not being released in theaters across the country.

And Daily Mirror calls it "​A chaotic sci-fi ride bursting with smart humour."

"It's expected to rake in about $70 million next weekend, no big deal."

Bradley Cooper: "I just hope people like it and enjoy it. You never know how it's going to do. The temperature​ of the audience." (Via The Insider)

We're sure Marvel would have to agree. "Guardians of the Galaxy" opens to the public Friday, August 1.