Trump Is Keeping Guantanamo Open: Here's What You Should Know 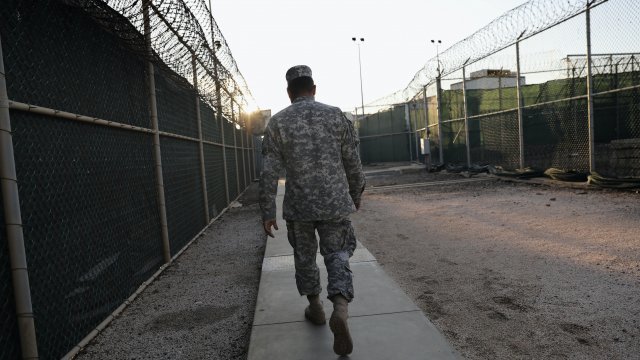 President Donald Trump is keeping Guantanamo Bay open; here's a look at the important numbers behind the controversial detention center.

The military prison, as we know it today, opened in response to terror attacks on Sept. 11, 2001. The Bush administration established Gitmo as a place to house and interrogate terror suspects.

In total, about 780 people have been detained at Guantanamo. The inmate population hit a peak in June 2003 with 684 detainees.

Currently, 41 inmates are still housed there. Over 20 of them have not been charged with a crime and are still not cleared for release.

Guantanamo is shrouded in controversy. Experts from the United Nations called for a total shutdown of the detention facility, and human rights groups have long condemned it for alleged human rights abuses and torture practices.

Former President Barack Obama vowed to shut Gitmo down, but Congress effectively blocked him from doing that.

Trump's move to keep Guantanamo Bay open isn't unexpected — he made a campaign promise to do that and to fill it with more prisoners.