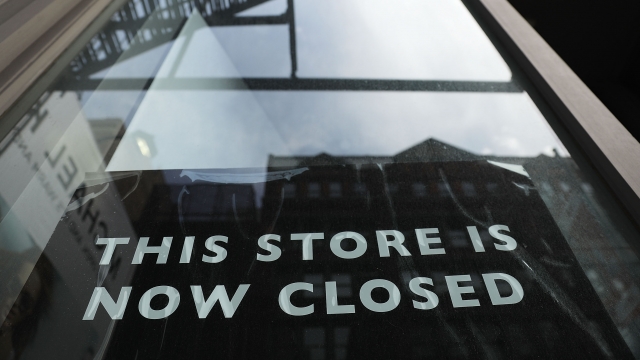 An uptick in online shopping could prompt thousands of U.S. brick-and-mortar stores to close in the near future, according to a new analysis.

Investment firm UBS tells CNBC that as many as 75,000 traditional store fronts could close if online sales' share of the retail sales sector grows to 25 percent by 2026. In 2018, that number was close to 10 percent.

UBS analysts say the breakdown of store closures could include about 21,000 clothing stores, 10,000 electronics stores and 8,000 home furnishing stores. The figure doesn't include restaurants.

According to industry experts, much of e-commerce growth is being driven by Amazon. The company's close to accounting for about half of the U.S. online retail market.

That prediction is on par with a recent report from the Commerce Department. It showed that the total market share of online sales was higher than general merchandise sales, bringing in almost $60 billion in sales in February.

It's not all bad news, though. UBS suggests that as more physical store locations close, productivity will be boosted for the remaining stores left open.