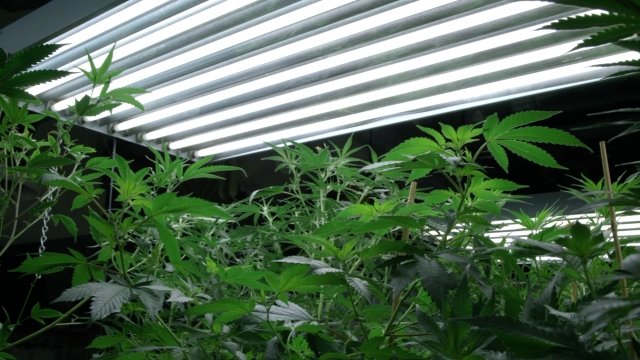 SMS
Legal Weed Growers Use Ridiculous Amounts Of Electricity
By Evan Thomas
By Evan Thomas
April 20, 2018
As the recreational marijuana industry grows, so does its energy footprint.
SHOW TRANSCRIPT

In the commercial marijuana industry, cities like Denver see most of their crops grown indoors. But creating good growing conditions in a warehouse requires climate-control tech, powerful lamps and a whole lot of energy.

Today, lights in Denver's grow-houses use more power than all the lights on the city's public streets. Nationwide, the marijuana industry is roughly as power-hungry as the data center business.

Cullen's business squeezes efficiency out of its crops with drip irrigation and composting, but its experiments with lighting could cut down on one of the biggest power drains.

"There are different ways to do this, all of them trying to mimic the sun," Cullen said. "We use high-pressure sodium bulbs right now, but there are plasma bulbs, there are induction bulbs, there are LED bulbs. ... If we can get production to match what we're doing right now, then we will convert the facility over to those."

In the meantime, some places are experimenting with renewable power. About an hour to the north of Denver's greenhouses, the city of Boulder, Colorado, requires growers to offset their energy consumption with carbon credits — or 100 percent renewable energy, which is about as close as you can get to using sunlight without taking the grow outside.

That's the endgame. Cullen — and Denver's own government — think open cultivation is only a matter of time. 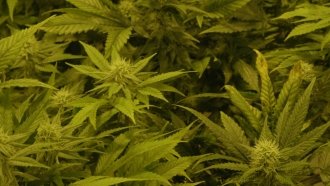 The Government Considers Marijuana Illegal And Taxes It Anyway

"It's happening," Cullen said. "A couple hours south of here is a town called Pueblo that ... said, 'We'd like to tweak these rules and make it a lot more friendly for marijuana cultivation. We don't care if you grow outside.' … The largest legal marijuana grows in the world right now are going on in Pueblo."

Cullen says the scale of those grows affects the entire regional market for marijuana, in part because open fields don't have to plug into anything. As marijuana's energy footprint gets bigger and margins get slimmer, it's hard to compete with free sunlight.