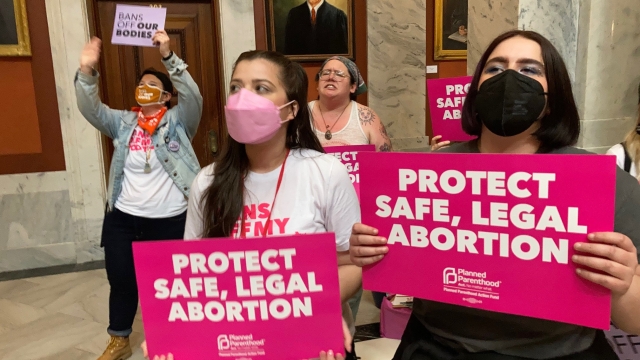 Two lawsuits filed in federal court in Louisville asked that a judge intervene to block the law from taking effect while the case is litigated.

The GOP-dominated legislature overturned Democratic Gov. Andy Beshear's veto of the sweeping abortion measure Wednesday. As lawmakers voted, abortion-rights activists standing vigil near the chambers chanted “bans off our bodies,” which echoed through the statehouse.

The new law includes 72 pages of revisions to Kentucky's abortion laws, with many new requirements that clinics must meet. 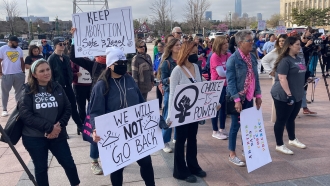 The two remaining abortion clinics in Kentucky — both in Louisville, the state's largest city — can't comply because the law mandates a new regulatory process that hasn't been set up yet, resulting in an “unconstitutional ban on abortion in Kentucky,” they said.

“It is impossible to comply with its vast provisions, resulting in an immediate ban on abortion in the commonwealth absent this court's intervention,” plaintiffs said.

“The General Assembly passed HB 3 to protect life and promote the health and safety of women, and we are prepared to earnestly defend this new law against the legal challenge from Planned Parenthood and the ACLU," he said in a statement Thursday.

About half of all abortions performed in Kentucky are the result of medication procedures. The new law, which took effect immediately, requires such women to be examined in person by a doctor before receiving the abortion pills through a registration process that that hasn't been established, they said.

The new law also requires new reporting that will violate patient privacy, providing women with no protection against having their identities exposed, the abortion-rights groups said.

With this law, Kentucky now aims to ban abortions after 15 weeks of pregnancy, replacing the 20-week limit in the state code.

The 15-week ban is modeled after a Mississippi law the U.S. Supreme Court is considering in a case that could dramatically limit abortion rights in many states. The law's supporters wanted Kentucky’s stricter ban in place in case the Mississippi law is upheld.